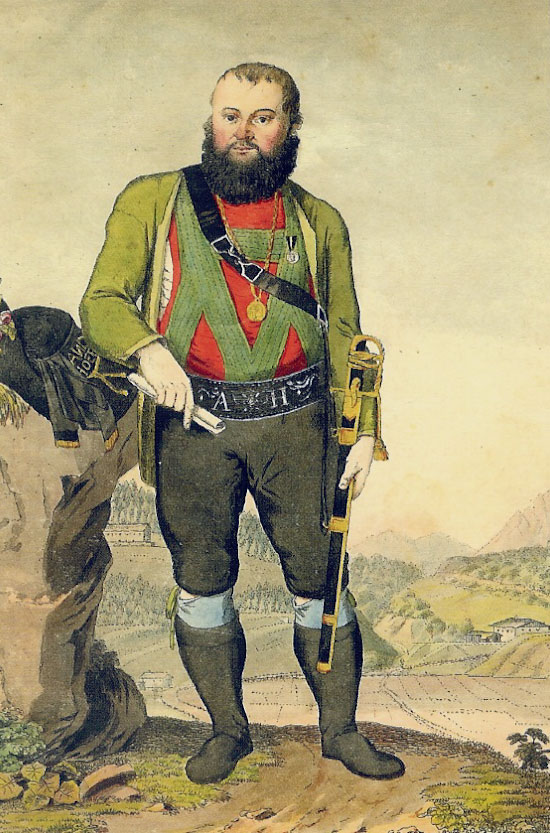 In juridical terms, Neumarkt fell under the district court of Enn and Kardiff, which was based in Enn Castle near Montan, because (like other Tyrolean markets) it had no lower court of its own. The district judge nevertheless had at his disposal the small court usher’s house in the Unterer Markt (Lower Market), which had its own prison. In this house – probably not in the dark ground-floor cellar, but rather on the first floor – Andreas Hofer spent the night of 30-31 January 1810. The building has since 1920 been in the possession of the Renzi family. The current owner is Wolfgang Renzi. 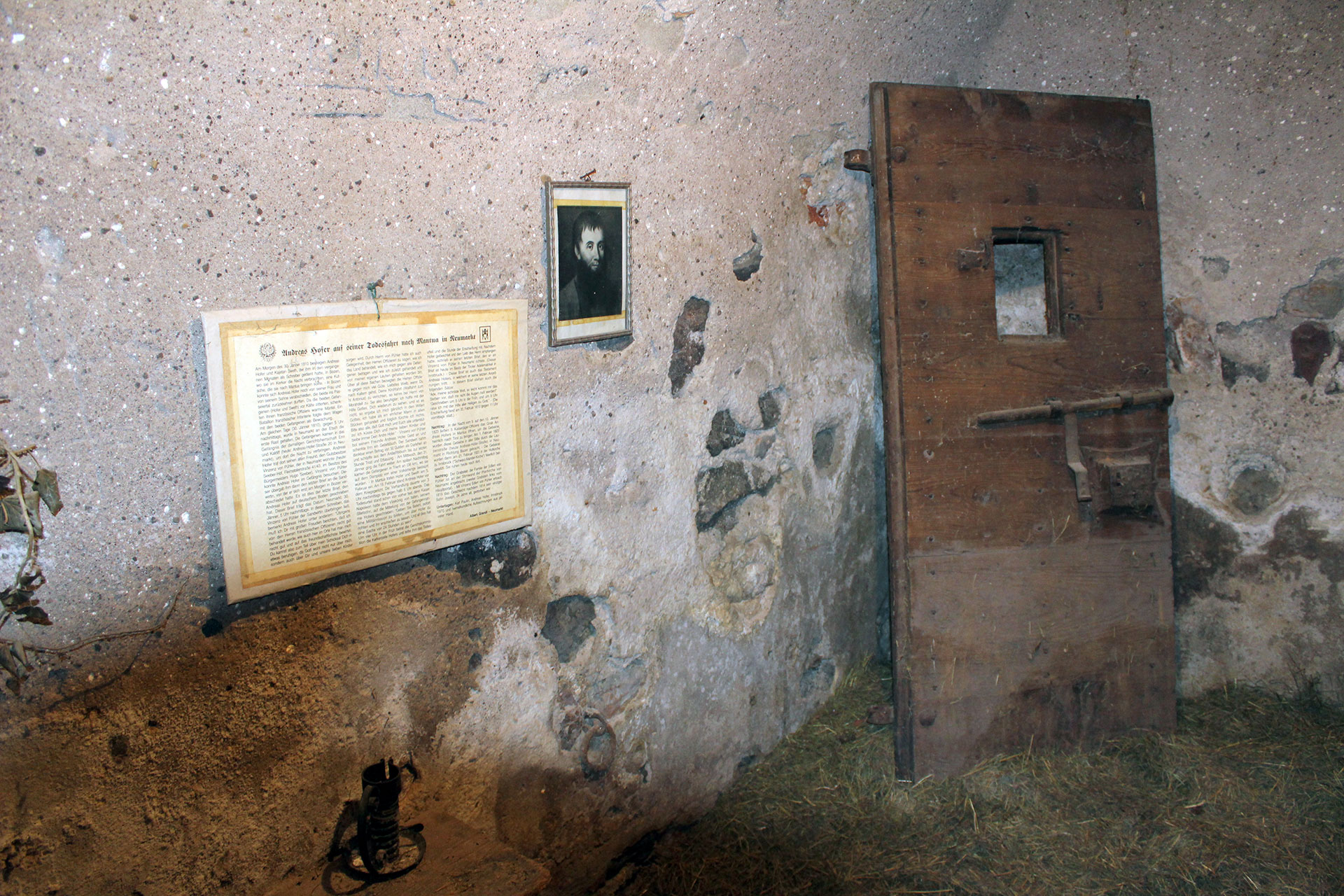 The prison cell of Andreas Hofer.

While in prison in Neumarkt, Andreas Hofer met his friend Vinzenz Pühler (Pichler?), who offered to lend him the sum of 50 guilders and gave him a prayer book. Pühler was from a noble family and had married Elisabeth, Baroness von Schneeberg. His friendship with Hofer dated back to the time when Hofer would visit Neumarkt as a wine and horse trader. During the battles of 1796-97, Hofer visited Neumarkt several times as the head of the Passeier militiamen and, in April and July 1809, he fought together with Pühler on the Nonsberg.
Hofer probably sent his famous last letter from his cell in Mantua to Pühler, because Pühler had already forwarded Hofer’s letter from Neumarkt to his wife, and because Pühler had also been Hofer’s last confidant on Tyrolean soil. Hofer’s last letter, with a covering letter from the priest Provost Johann Baptist Manifesti, was handed over by one of the Tyroleans to Josef von Giovanelli in Bozen, who then forwarded it to Vinzenz Pühler. The latter in turn handed the letter to Hofer’s wife and carried out the wishes written therein.
Vinzenz von Pühler later fell into melancholy and, like his son Josef before him, chose to commit suicide in the River Etsch.

“To the honourable Mrs Maria Anna Hofer, née Ladurner, in St. Martin in Passeier.
To be handed to the Unterwirt Inn.
Neumarkt, around 5.00 pm on 30 January 1810.
My dearest wife!
So far I have arrived happily and since, through the intercession of Mr Vinzenz von Pühler, who also sends his greetings to the landlord of the Stroblwirt Inn, I have received permission first to make a request to H. E. the General and then to write to you. I wrote to the General to ask that he release all my writings, as well as a calendar containing the invoices from our domestic affairs and moreover the pharmacopoeias, and to seal them all and send them to you. I also asked the General to permit our son, who is in Bozen, to go and stay with you at home until he is completely cured and, as soon as the General requests him, to present himself once more. Do not settle the bill with the landlord of the Lion Inn in Meran without the carter Hauß [= Hans?, note] being present, because he knows everything, as well as that several items are written in the calendar that you will also receive by messenger. You should also ask Simon Kölb whether he has received his summer wages from the landlord of the Lion. Before you settle up with anyone, unless it is a man you know well, do nothing until you have asked me; I hope that you will be allowed to write to me, even if the letters must be unsealed. By the way, I have great pleasure in telling you that I am being treated very well by the French officers, and here too I have been billeted quite well and in a most friendly way. You can thus be partly reassured about my fate, as God is sure to take care not only of me, but also of you and our dear children. Mr von Pühler also ensured that I had the opportunity to tell the officers how I treated the land, how I dealt with all the prisoners, and how I was ultimately treated and thought of by my own people.
The officers showed considerable kindness towards me in respect of all these things. Dearest wife, should you go to Kaltern to visit the church there, go and see Mr Morandell. So rest reassured, I hope with the help of God to see you once again, and if it is not to be so, I surrender myself entirely to the will of God; I have acted as an honest man in all respects and I therefore fear nothing. Ask everyone therefore that God should support me and all of you; I kiss you and my dear children and will always remain your Andreas Hofer. The above-mentioned Mr von Pühler has even offered to lend me as much money as I might want; but I have taken four guilders for now that I have this very moment received. To all of my friends who remain, I send kind greetings.”